Itunes (and similar programs) are the coolest. I love that I can just get online and pay 99 cents when a song gets stuck in my head. I love that my "eye" pod can hold 42.6 million songs. I love that I can add songs to playlists at the click of a button. I was making a playlist the other day and my mind was taken back to junior high days. Back when I made mix tapes out of my favorite one hit wonders and favorites because I was too poor to buy the whole album. Remember the days of sitting in front of the boombox 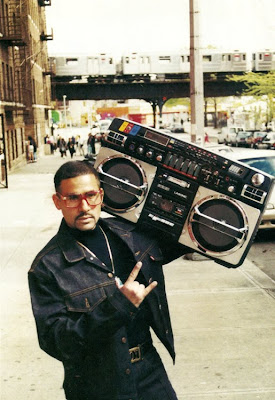 ( I innocently called mine a ghetto-blaster) for hours waiting to hear the song you were dying to have a copy of? Hoping you pushed record fast enough when it did come on and then hoping the DJ would not talk over the end of it? Remember also making a voodoo doll of the DJ when he did talk over the song? It was so nice to finally get the ghetto blaster with two tape decks so I could record from one cassette to the blank without having to sit by the radio all day saturday.

I remember making the fisrt mix tape for a girl I liked too. I think she appreciated it more because she knew I had to sit by the radio for hours finding just the right songs. I also remember a hate tape. Me and an unnamed friend made a hate tape for an unnamed girl that liked someone else instead of me. We had CD"s by then and spent hours finding just the right mix of songs to insult this girl. The girl's brother was an office aide and got a hold of the tape. He was so mad at me that he shredded the tape, put it into a brown lunch bag and had it delivered to my classroom as if I had forgotten my lunch. I feel so bad thinking back to this day because it was such an awful thing to do, plus I really had forgotten my lunch so the temporary excitement of thinking my mom had saved the day by bringing my lunch was shattered when I learned it was just the cassette tape. Good thing I peeked before lunch, I would have really been hungry.

Yep, the kids of today have it easy. I remember the first cassette I purchased. I still have it. Endless Summer by the Beach Boys. 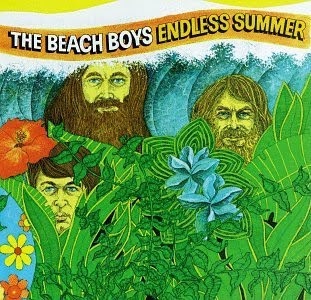 (I could not find a picture of the cassette cover, so the CD has to do) I also remember buying INXS kick and Poison by Bell Biv Devoe. Anyway, I digress.

My mind then fast forwarded to prom. I spent hours before prom making a U2 compilation from all my CD's so we could all listen to it. It was such a good mix of U2 and in such a perfect order that I was quite pleased with myself. I remember the limo driver was quite pleased with the tape also because at the end of the night he bought the mix tape off of me for 15 bucks. Of course, he got the upper hand because he charged us a grundle for the limo ride.

So even though I love the Itunes world and the new way we find music, I think it should be a right of passage. We should graduate into music technology. I think the jr high kids should have to earn their right to use ITunes by spending hours waiting for their song to come across the radio and hope the DJ doesn't talk over it. They should have to spend hours searching through CD's to find the right mix and order of songs to put on a mix tape for that high school crush.
Posted by Chad at 20:17

Oh man I want to know so bad who these girls are, especially the hate tape one.
My first tape was Boys Dont Cry. We called it a ghetto blaster too.

oh yeah, I loved this post. A good walk down memory lane

I, too, called it a ghetto blaster. My first tape was The Bridge by Billy Joel. Then I bought all the U2 tapes and INXS and Bon Jovi and Chicago. . .

I had a first record!!!! It was Robert Palmer, Riptide and I loved it. My first tape was Belinda Carlisle and Tiffany. I too want to know who the girl was a just what makes a hate song!

He's freaking not going to tell us girls. We should make an "I'm mad at Chad because he won't spill the beans tape" I will start on it right now.

A "hate tape"...that's awesome!! You're lucky that brother didn't ask you to meet him at the church after school for a showdown.

You should have posted a picture of John Cusack holding his big ghetto blaster up to the girl's window on "Say Anything." That brings up another point...remember how we also had to lug our big fat ghetto blaster around instead of putting a cute little iPod in the pocket? Me and my peeps took ours up to the school to play softball. Not easy to carry along with the bats and gloves. And then the batteries would run out.

I think my first record was the Mary Poppins soundtrack, which I got when I was probably 8. I think the first tape I bought was Bon Jovi.