Perhaps I feel motivated to open up a little, or perhaps I am curious if any of you do the same thing...regardless, I want to write about my bucket list.

Years before there was ever a “Bucket List” movie, I was sitting in my Adult Roles class, (10th grade I think) making my own “List of 100 Things I Want to Do Before I Die.” This was an assignment. (Other notable assignments that semester:

I was recently reminded of these lists while going through some boxes of junk. I found some of my old lists. It was quite entertaining to read through them again. I loved making these lists. (I am a list maker, remember?) So much that I continued making them throughout my years of college. Constantly updating and changing things as my interests changed.

One thing that kept showing up on these lists was that I wanted to meet the Princess from “The Neverending Story.” I had to google that to try to trigger some memory. 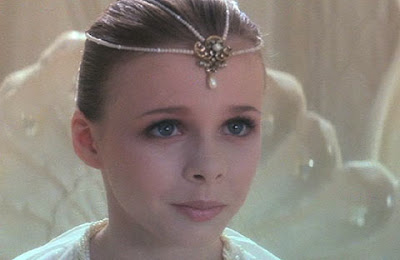 Good call on my part, she was and is a hottie.

Another item I had on multiple lists was to go to all 50 states. I have done well at this. I have made it to 38 of them so far. If I stretch my rules (to count a state on my list, it typically had to be more than an airport layover, or a quick drive through the corner- i.e.- driving through the corner of Arizona on I-15 would not allow me to check-off Arizona) I can say 43. I have an eternal grudge against Dave Rock for this. We had gone to the Black Hills and Mount Rushmore in South Dakota. We were only a few miles from North Dakota and I suggested we go to a campsite in North Dakota for the night, so I could scratch it off my list. Dave was driving and protested. We never went. (My grudge goes even further because he was in such a hurry to get home that he would not stop for me to take a pee break. If it would have been his car I would have peed on the floor–one of these days Dave, one of these days!) Can anyone give me a reason to ever go to North Dakota? Perfect opportunity blown. All I can hope for is economic collapse and for North and South Dakota to merge as one state, then that area gets grandfathered in for my list. (We were able to get a “Nature Shot” with the black hills in the background-if you don’t know what a nature shot is, you probably do not want to ask.) The picture is from a town we went through on the way. Population 3? 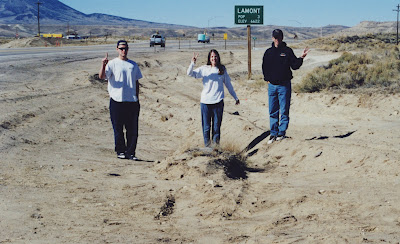 I have not made an actual written list for years, but I realize I still have one, mentally. I want to go to every major league baseball stadium. I have 7 out of 30 done. I get a “double whammy” this April when I have plans to go to Opening Day baseball in Boston. The Red Sox play the Yankees in Boston. Fenway Park (aka Green Monster)- Check. Massachusetts- Check.

Other notable items from my lists of the pasts (ie- I actually wrote these things on my lists at one point or another):

These lists were contagious. I have talked many friends into making these lists. Seriously, think about it... what would you put on your list? Start with a list of 50. Realistic, or fantasy, it doesn’t matter. My lists usually have a combination of both, because after all, it takes a lot to fill up a list of 50 or 100 items.

So, do you have such lists? If not, what would you put on one if given the assignment? Let’s hear them! Pssst, if you haven’t already, read the next post too...I have done a couple this week! Hooray!