It is late, once again, and due to the Hurricane force winds blowing right outside the fire station window, I am unable to sleep. If I can't sleep, why not blog right?
Well, hop into your Delorians and come back in time with me. Back to my first ever sluffing experience in Junior High School. So there we are, hanging out at Brockbank Junior High School. Home of the Braves. I was such a good student. Tried real hard to get good grades, and got them. Also tried hard to not be the awkward nerd of the class. Yeah. Well, one day I decided it was time to see what this sluffing stuff was all about. It took me three weeks to build up the courage to go through with it. My only experience missing school when I was suppose to be in class, up to this point of my life, was for ski club (not counting illnesses and other things that keep you at home.) Alas, the day came for me to play hookie. I am sure I was scared to death. Knowing me, I probably ran through every "what-if" scenario there ever was. Somehow I still convinced myself that it was a good idea. I also talked a few friends into joining me. (This began a motto that I only recently realized I have followed much of my life: " Don't be famous alone." In other words, if you are going to get in trouble, make sure you get in trouble as a group!)
Our group of newly made sluffers hightail it away from Brockbank up to 3100 South to catch the good old UTA number 37. 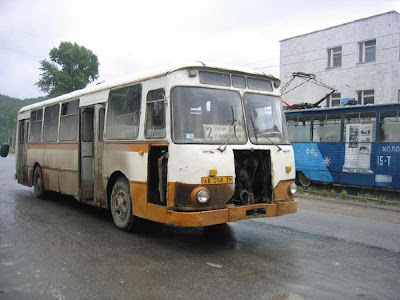 I, or we, had decided to go see a movie. The 37 bus went to Valley Fair Mall and then 1 simple transfer to another bus stopped at the movie theater by the Arbys on 5400 South. I am not positive, but I think it was called Mann Movies 6. (Not sure what it's called now, but it is still there.) There was a new movie about surfing that we all wanted to see. Safely on the bus, riding to the upper east side of Taylorsville was such a rush. Sluffing was so easy. We didn't even get chased and the bus driver let us on for our 35 cents in change (scrounged earlier that day by begging everyone for their nickels at the vending machine.) If the bus driver didn't say anything, surely we were 'scott-free.' I don't remember much about the bus ride. I am sure I was nervous about making the right transfer. I am sure we all had stories about how cool it was gonna be and how cool and grown up and brave we were for pulling this off. The movie was surely going to be a good one as well. Movies were probably way better when watched during school hours.
So we make our transfer and get to the movie place. Jazey Drecksel and I saw Terminator 2 opening day at that movie house. We thought we were cool on that day also because Jazey's older sister gave us a ride and bought us the tickets because it was rated 'R'. We were only 15 and she was 18.
Back to sluffing...once at the movie house we went up to the ticket window after searching over the movies and proudly bought our tickets for.......BEACHES. 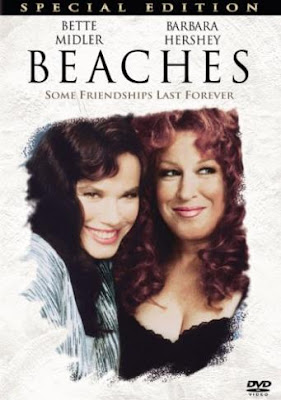 We knew there was a new surfing movie playing, so a movie named Beaches had to be the one, right? Once inside, we loaded up with huge popcorn buckets, drinks and candy and carefully chose our seats. You remember how you were in Jr High, thinking you knew the exact best seat to choose at the movies. Well, that's how we were.
My memory after that is even more shady than it has been to this point. I remember lasting about 10-15 minutes through the first part of Beaches (which seemed much longer than waiting for U2 to release something after Joshua Tree) and then getting out of there faster than we had ran from Brockbank. Surely we were cursed. Suddenly sluffing was not that cool. Our future manhood not only challenged but quite possibly irreparably scarred. I am positive it temporarily stunted our growth. We thought for sure we were being punished for skipping school. I really don't remember going home, or back to school-the rest of the day is forever purged from memory. I do remember not sluffing for quite a while after that. I still have not seen past the first 15 minutes of Beaches either.
Posted by Chad at 00:52

That's hilarious! Good thing you didn't stay in the movie, because you guys would have been uber embarrassed when you started crying.

I have fond memories of sluffing also. And taking the magna 37 out to Valley Fair and catching the Brighton bus. It was tricky getting my snowboard out of the house without my mom noticing. Then, I moved to BYU and all my out-of-state friends looked at me funny when I said "sluff." They had no idea what it was.

Bwahahaha!!! That made me laugh! You really should watch Beaches- it is a good movie! :)

I'm going to pretend you watched the whole movie. It's funnier to picture you sobbing in an empty movie theater. Just you, a couple o' friends, a bucket o' popcorn, a bus pass in your pocket and a good "surfing" movie. Ahhh.

On another note - I'm trying to deal with a teenager that thinks it's not "sluffing" if you "dress" for gym, wait for them to take roll and then when the class starts running.. she runs OUT the door. She will fully admit to sluffing foods - she just plain hates cooking, but gym - that's not technically sluffing.

I cannot stop laughing at the thought of you idiots going to see beaches for a surfing movie and seriously people are really going to think that is the 37 magna bus pictured.
I have some good sluffing memories but waaay too many to count. Good think I worked in the attendance office and was savvy enough to know how to fix mine and all my friends absences. How does one make amends for that dishonesty?

My favorite sluffs usually were during seminary and ended up eating pancakes at somebody's home. We should plan a sluff.

You really don't know who Lady Gaga is? We need to talk!