Well, the NFL season is officially underway, and I love it. I love football season. I love football starting for so many reasons. It means we are closer to winter, and hence the ski season. I love skiing.
I am still looking for an acceptable answer as to how someone picks a sports team. As I have given it more thought, I have come up with a few reasons of my own. I think if you are ok with how the uniform looks, like watching what a few of the players can do, and enjoy the time watching them, then its a good start. I think that a big help though, is repetition. What I mean is this: If you watch the same team again and again, they will obviously grow on you. I have two very strong examples in my own life of this. When I was little, I liked BYU. (Yes you read that right, I can admit it.) In my defense, my parents had season tickets and took me to all the home games. It was so fun to be at the games. I still remember many of the games. I saw BYU beat Miami in Provo in 1990. Huge game. Fun game. I remember making a paper airplane out of one of the pages of the program that made it all the way to the field. I was stoked. I was a BYU fan all the way through, and I even memorized the fight song and used to wait around on the field after the game to get player autographs. Freddie Whittingham signed my BYU shirt, I got a wristband from Sean Covey, and a chinstrap from Mark Bellini. I even had the Mormon rap 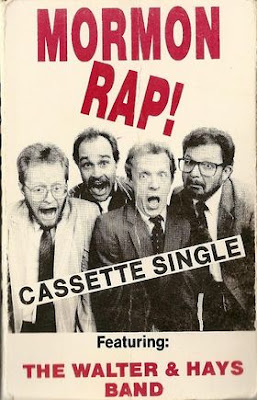 and the Ty Detmer rap on cassette and played them both at high volumes on my radio. It was awesome. Sometime in those formative years, my Grandpa Simons started taking me to the Utah games. A game here and there became every home game. While it was fun to go to games with Grandpa, I knew nothing about the U. Grandpa would tell me things here and there, and a second or third cousin played for them here and there, so I soon became converted to the truth, and am now a Utah Fan. I am not a BYU hater, don't tell anyone but I actually like to see them do well. I just want Utah to win the rivalry game each year. My second example is my being an Angels fan. As mentioned in a previous post, I use to be a Mets fan. After going to so many Bees games though, I slowly converted to an Angels fan because it was names I knew from watching the games in Salt Lake. So exposure has a big deal to do with being a fan. I still am having a hard time choosing an NFL team to get behind, but I watched the New York Jets and the Green Bay Packers the first week of the season and had a great time watching both teams.

I am starting to accept Aaron Rodgers as a QB for the Packers. Anyway, I am still looking for explanations from you guys about this topic.
Another thing I have realized is that it is so fun is going to the stadiums. My quest to see a baseball game in every stadium is underway. I have always hated the Yankees. HATED THEM. I am not sure why, but I honestly feel this extreme hatred for everything Yankees. Or at least used to. Last summer I went to Yankee Stadium. I have a hard time hating those Yankees now. I feel like I am peeking through the blinds at them, just to keep up secretly with what is going on with them. I am excited for this coming week, we have Angels-Yankees tickets in Anaheim!
So the first week of football, as mentioned is underway. I think football games is what makes fall speed by. Waiting each week for the games makes time cruise and before you know it its Thanksgiving. So with the first week of Football comes the first week of Fantasy Football as well. I went a little overboard and have a total of four teams. Its too many. My first week is looking bad, especially in the league I am matched up against Rebecca. Her team is crushing my team. Its bad. Real bad. I have not had my masculinity challenged to this extent since Laurie Anderson beat me and 4 other guys in a game of Risk in college. 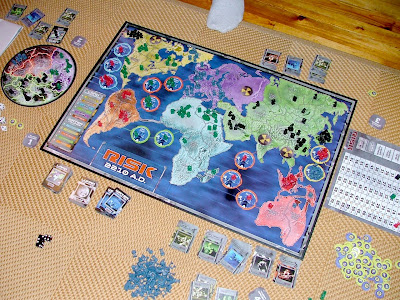 Yeah, that was a bad day too. It almost makes me return to the fetal position sucking my thumb. All I can do is look forward to week 2 and make some early adjustments.
Tune in again soon, I have a few more posts coming soon... non sports posts I may add. One more thing about sports though, did anyone else see Shaquille O'Neals quote that he thinks that Ben Rothlesberger is the third best QB in the NFL? He went on to say that if that is true, then he (Shaq) should play football because he is better than Ben. I laughed hard for two reasons: 1- Rothlesburger is no where near the third best QB in the league, and 2- are you kidding me Shaq? Go back to the movies.
My Grandpa passed away last summer before the Utah Utes season began. I really miss him. He was my goto Sports Almanac. Anytime I had a question about a rule, a call, or when I wanted to just analyze a game, he was the guy I talked to. He had a anecdote to life that always related to sports. He took me to so many sporting events, and supported us faithfully in any sports we participated in. I remember him always being at the little league games. I have really thought a lot about Grandpa lately, I bet he would have an answer on how to pick a team.
Posted by Chad at 23:02

Nathan says you need to pick a team that you love close to, to feel vested in them. He still oves the Chargers and now watches the Cardnials. Utah not having a team, I guess you do to Denver or the Raiders.

Oh Chad, you have feelings :)

Whatever team you pick, you stick to it mister. Wishy washy sport fans suck. Half the fun of having a favorite team is being with them when they loose and when they win.

PS. We are secretly cheering the Packers this year too.

I would have more luck picking countries in that Risk game.

I'll wait for the non-sports posts. ;)

Did Steph miss the comment about sweet Laurie Anderson? She was a sweet heart, but underneath was a mean mean competative BITE! I love that girl. I once took down all the Johnson boys at the game of Risk. It was between Staci and I - she won. That was my way of making sure it wasn't me that put them in the thumb sucking fetal position.