Is it possible to be nostalgic for a time I have never experienced? I have felt lately that past generations had such higher moral, ethical, and overall better standards and of life. Standards that seem more appealing. These feelings may have originated from reading books from those times. I have also watched several old movies these past couple of months. These books and movies have made me feel like I really missed out on a great life experience that could have been had by living in a different time. Don’t get me wrong, I am very happy and satisfied with what I have, what I have accomplished, my family, job, etc. I really enjoy the technological advances we enjoy in todays day and age. Still, I wish that certain things were more like they used to be. I have been reading about men from the World War 2 era, also about Lou Gehrig–from the 1930‘s–and have been digging into many historical aspects of those times. I also watched my all-time favorite movie, “It’s a Wonderful Life.” 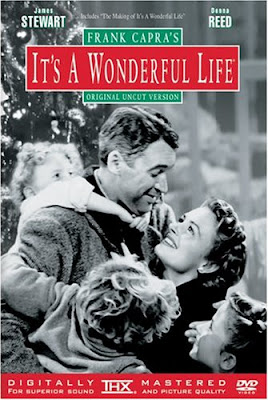 Wow! What a show. Perhaps its my older age, and I know I am going to catch some flak for this, but I actually got a little emotional during that movie this year. No, I didn’t cry, but emotions were definitely stirred. George Bailey was such an amazing man.

I feel like the people of times past were a much more polite and respectful generation, and not in an Eddie Haskell kind of way. Granted, many of these perceptions I am craving and admiring are coming from movies, which were exaggerated and over-acted even more so than today, but they also portrayed a lifestyle common to many. I love how the men of those times dressed. I love that they knew how to dance and play musical instruments. I love how they treated people in general and especially women. The deepest respect and reverence was expected by society. Again, perhaps this was just overacting in the movies, but that’s what I am nostalgic for.

I think we are too busy in our lives today. We do not make time for friends like they appeared to do in older times. We get so caught up in ourselves and our own needs that we fail to see the needs of close friends, family, or even country. I strongly believe that if all people had the character of the men from the World War 2 generation that our Nation would be unstoppable in all aspects of life. I think we would have a more righteous society in general. The smut and filth that is so prevalent would still be locked behind doors and not flaunted. It makes me wonder what happened? I guess history has told me what happened, but it is a little perplexing to think about.

Its too bad the lifestyle from the early part of the 1900’s could not exist with all of today’s technological advances. My dad used to joke with me that I was born in the wrong era. I never knew fully what that meant. I think he meant it as some gentle ribbing, but maybe there is some truth to it?

My heroes are the men and women from World War 2. Especially the members of the 101st airborne, Easy Company. Such an amazing story that has been highlighted by a dozen books, a couple of movies, and an HBO mini-series that is one of the best mini-series ever. 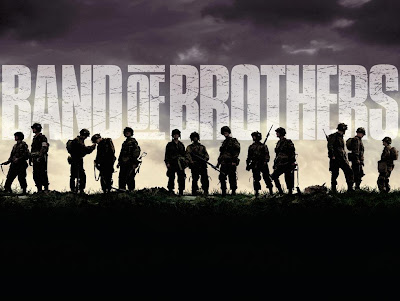 There is so much to learn from these men. Examples of sacrifice, selflessness, leadership. 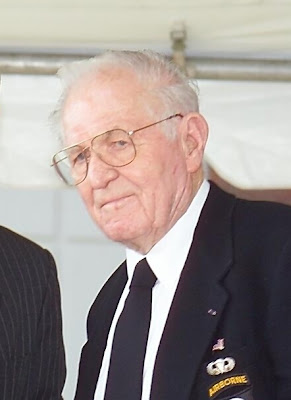 I feel like I have learned so much from these men I have never even met.

So, yes, I am nostalgic for earlier eras. Perhaps a simpler time. A time when character stood for so much more. A time when men dressed sharp in public. A time when everyone knew and understood the value of hard work, which in turn made everyone enjoy and appreciate the “down” time that much more. The weekend was the time for the family. A baseball game on a Saturday afternoon was a luxury evening out. 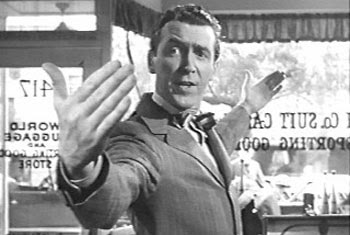 A time when George Bailey was the richest man in Bedford Falls.

You mean to tell me that George sweats shouldnt be worn in public. Jamie would love this post, that is if she read blogs. Remember when she tried to teach you guys "manners" at Utah State and she tried to get you to stand whenever a girl entered the room? Amen to most of that but do the ladies have to wear dresses so much?

I love this post. Jer and I talk about this all the time. We love Band of Brothers. And, we love old movies and books for the same reasons. Did you ever read the Great Brain books? We were talking the other day how great it would be if our kids actually did "chores" for a dime a week. Jer has always wished we could afford enough property to have a farm so that the kids can learn how to truely work. Why were kids motivated by so little back then? I have yet to figure out what motivates Emma. She's almost 9 and still would rather go to her room for the day than help with cleaning. She once gave up her Birthday Party because she didn't want to clean her room. And these are the people that will be running our country? Let's hope not. :)

I guess this means we are all older, shucks. I cry every time I watch George Bailey, Jimmy Stewart was one of my first crushes. I love wearing an apron and I would love to cook a pot roast every night for dinner. I think my favorite decade to of been a wife would of been the 50's. Stay home clean and be a wife, kiss the husband when he comes home in the door with my foot up of course, and off one night a week to play bridge with the gals. Instead we watch tv with sex in every commercial and they tell us it's normal to disrespect each other.

While I can respect the fact that men were more polite and times were simplier then, I can't imagine being a woman in that era, so I cannot fully support you in traveling back in time. But as your long long friend of days gone by, I am glad we still keep track of one another!

no I just love June Cleaver, I am just a nerd.

Chad, I love this post. Thanks for validating how I've felt countless times. My Grandma tells us about raising a family during that time, and it sounds EXACTLY like the movies - heavenly. I miss quiet, polite, kind and intelligent men like my Grandpa. I want to wear lipstick and get dressed up to "go to town" shopping. Wouldn't it be great if we could have all of our modern conveniences of today, but go back to the manners and grooming and simplicity of the past?