Another Year in Review that is Really A Decade in Review according to me.

I am jumping on the bandwagon and thinking back over the decade to rate the best and worst, as far as I remember it. I can’t believe it is already 2010. It seems like just yesterday I was digging out the bunker in the backyard and stalking up on ammunition, gasoline, and water waiting for the computers to crash. Time flies huh?

The “2k’s” were probably the years of biggest life changes for me: started a career, graduated from USU, graduated paramedic school, got married, had kids, bought a house, beat every Call of Duty so far, and made the switch from a PC user to strictly MAC. I still have the same truck though. I should have changed that too.

My favorite movie of the decade? Hard to say. My first inkling was to say Star Wars Episode 3. This was a culmination of so many ideas and ideologies. So many bad metaphors, so many good metaphors, (Yes, I have used Star Wars in many gospel lessons) and the single most anticipated movie I can recall. Many “die-hard” Star Wars nerds (also referred to as star wars virgins by Triumph the Insult Dog) were not happy with the prequels. Other than Jar-Jar Binx 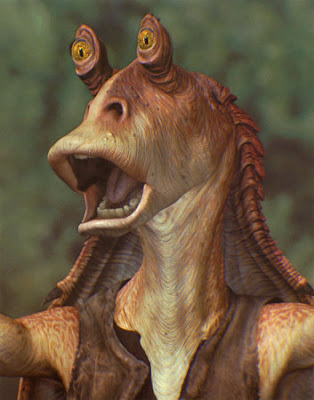 , the Star Wars sequels perfectly cemented the entire Star Wars movie set as one of the most defining of all time–for me. Some other movies that I can not live without from the ‘K’s’: Pirates Of the Caribbean, Remember the Titans, Band Of Brothers, Secondhand Lions, and Open Range. Okay, some of those are nowhere close to movies of the decade, but I got carried away listing the movies I like. In contrast, the worst movie of this decade, that I have seen: either Kazaam or Superbad. All I got out of this movie was that it’s title fits. The downside to working as a firefighter, downtime to watch bad movies.

My favorite album of the decade? Another hard choice. I really think my musical tastes are stuck in the 90’s and earlier. Wait, I just remembered Jack Johnson. Hands down. I listen to Jack Johnson daily. Awesome musician. Coveted life. Seriously. He drives his wife to work every day (she’s a school teacher in Hawaii), goes to the beach to surf and write songs. Goes on tour almost every summer. 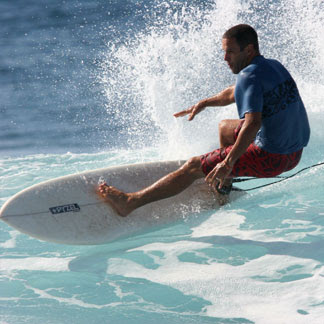 Least favorite musician: That kid from American Idol that sang the bang song and got a record deal out of it. Ridiculous commentary on pop culture.

Favorite popular event from this decade: Britney Spears shaving her head and me subsequently talking several co-workers down from jumping off of the church office building because of it. 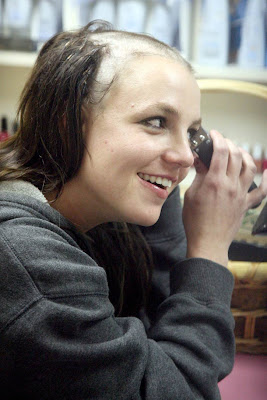 Seriously though, I loved this because it was the absolute most shocking event I can recall. More shocking than Nipple Gate from Super Bowl 38. More shocking than when Kevin and Winnie didn’t hook up at the end of Wonder Years. Least favorite event of this decade: Britney shaving her head and going psycho. Such a sad time for a pop star that had such potential! Yes, it fits in both categories!

Wow, this post is getting so long. Maybe I will break it up into future posts. Yeah that is what I will do. More to come in future weeks. Unless I forget or get bored of it. Next reviews: Best Sports Moment, Best TV series, best moment at work, and best internet creation.

Jack Johnson could have a little better life if somehow they could make sure there were no SHARKS where he surfs. seriously that might be the only thing stopping me from trying it out, oh yeah and no ocean here. Britney Spears.......seriously? Adults liked her? Seems like a huge HO to me but if that's what you into. (;

That's lots of stuff for this past decade. Hmmmm, I've had a few milestones too these last 10 years.

I'm looking forward to your best work moments of the decade. I'm sure they won't disappoint.

Our lives revolve around Star Wars. I remember being all giddy with the Jared when the first movie came out, and we really did like it, not so much now. Best musician is a tough one. I was a little annoyed with Jack Johnson at first, but then he did the music to Curious George and then I saw him, it was love after that!But to say he is the best is hard, way too many to choose. Who did you have to talk down off of the church building form jumping? That would be a good post!